This idea comes from the great philosopher, Napoleon Dynamite. “It’s a Liger. It’s pretty much my favourite animal. It’s like a lion and a tiger mixed…bred for its skill in magic.” This may not be the exact new breed we are looking for, but for this series of blogs we need to think outside the box.

Many of you are serving on teams; whether at work, church, charities, or in service clubs and may be asking any or all of these four questions:

I am reading a new book called The New Breed (2nd edition) — Understanding and equipping the 21st Century Volunteer by Jonathan and Thomas McKee. The book opens with those four questions.

If you are like me (be honest now)…YES, I have asked those same questions. Wow. It is not only me. I am hearing these same questions from not-for-profit managers, church committee chairs, and employees trying to coordinate a charitable event.

Over the next few months I will be sharing my thoughts and some keen insights from this great book. Your situation may be different, but we have one thing in common — we need volunteers to move programs, causes, and people into calls of action resulting in the accomplishment of a greater good or goal.

Do you remember the first time you volunteered? Did you catch my use of the word as a verb instead of a noun?

Ever since I was kid, I learned to never raise my hand or make eye contact with the leader unless I wanted to be assigned the worst task that no one wanted to do. I bet you have been there. The older 20th Century approach to volunteerism treated each of us as if we were only good for the mundane.

Through the next few blogs, together we will take a look at the age, family, and cultural demographics and generational differences that we need to understand to better tap into the vast resource of Volunteers (noun) available to serve.

Contrary to what many might say, there are plenty of volunteers willing to serve in this 21st century, and they will serve effectively as long as we play by their rules. Let’s take a closer look at the findings in the book, using these as the foundation of our new understanding.

The authors of The New Breed state, “that as we entered the new millennium, developments and trends evolved that changed the way we need to operate. Whether we like these changes or not, they’ve produced a new breed of volunteer.”

I like the term they use when describing these changes, seismic shifts: small changes and adjustments that cause massive transformation.

Through their study they have observed 10 seismic shifts that have shaken the world of volunteer management. Here is where I want to interject, please understand that no one, no matter how wonderful they are, can manage volunteers. They are not a herd of cows or crops that need to be routinely rotated from field to field for maximum yield. Volunteers, are individuals that line up with the ‘Why’ of your cause, organization, or company and have a desire to serve in a capacity that matches their unique skill set and availability. So it will take Leadership, not management, to nurture, develop, understand, and challenge the volunteer of the 21st Century.

Here are the 10 seismic shifts that have catalyzed this new breed of volunteer: 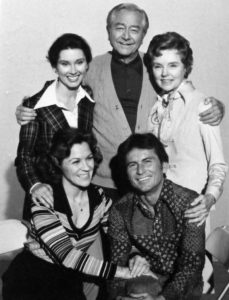 I was born in 1957; the TV show “Father Knows Best”, debuted on CBS in 1954, and painted a picture of the “ideal” American home. Robert Young and Jane Wyatt portrayed Jim and Margaret Anderson and they had three kids, ‘Princess’, ‘Bud’, and ‘Kitten’. I think my home growing up would have been best described by the TV show ‘Dennis the Menace’ with Mr. Wilson living next door.

Fast forward to the new millennium and the nuclear family depicted in Father Knows Best has shriveled and has segued to Two and a Half Men, a single parent raising a kid. Think about how this cultural shift in families affects the new breed of volunteer.

In the early to mid 20th century, the volunteer system was designed for the ideal volunteer: a retired person, grandma, woman, or stay-at-home mom, who had plenty of extra time. Their study showed, and my life experience proved it, that in the 50’s and early 60’s most church volunteers and Sunday school teachers were women. It wasn’t until the latter half of the 20th century that many women began to work outside the home and the demographic for the family changed from traditional or nuclear (Mom, Dad, 2.6 kids, and a dog) to a single-working parent home.

In 1950, 78 percent of all households in the US were headed by a traditional, married couple.

In 2010, that figure dropped to 48 percent. Mom works and, in many situations, doesn’t have Dad’s hands to help her, so she has much less time to volunteer. These new family dynamics have dramatically affected the way we recruit volunteers.

Susan Ellis, President of Energize Inc., challenges us to realize that how we define “family” continues to undergo change. “Statistics that began in the 1960’s have continued unabated: high divorce rate (even higher in second marriages), single parenting, older children moving back home with parents, multi-generational homes where grandparents raise grandchildren, and couples delaying having children until well into their thirties. These trends affect volunteering in that we need to change our assumptions about who is available, when, and to do what.” 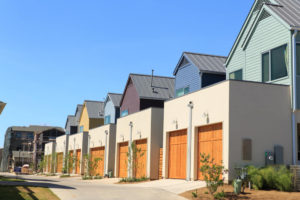 Isolation – From Community to Individualism

Facts say it all; people today have one-third fewer friends who they can really open up with and share their hopes, struggles, or fears and they choose not to engage in as many face-to-face relationships. Look around your own neighbourhoods; how many people sit on their front porch? Do they even have a front porch? How many people have privacy fences? Sociologists will say that the trend in isolation was initiated by the development of refrigeration (AC) and the garage door opener.

Many people are alone in their homes, on the computer with hundreds of “e-friends.” Isolated, yet surrounded. My intention here is not to start an argument with any of you reading this, but to share the findings. The study is still out, and there is support on both sides. I will let you pray for discernment. 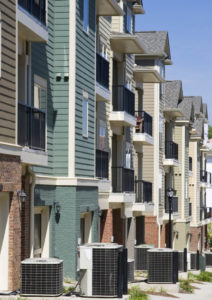 Here are a few realities from the 2009, Pew Internet and American Life Project report:

Another good resource that supports these findings is Robert Putnam’s book Bowling Alone.

The result of this trend is that, as people chose a fewer number of close friends, they become less likely to be involved in groups that volunteer — like a local church or civic organization.

Twenty years ago, organizations recruited the vast majority of volunteers through local religious and civic associations. Today, volunteer recruitment has become sophisticated in approach and sometime flashy as individuals now rely more on social media networks, like Facebook, Twitter, and Instagram for their daily information and community connection. Although individualism is rising, so is volunteerism in this sector. The trend (seen occurring in the number of individual volunteers responding to disasters like Katrina and Haiti through the Red Cross) is that during the last 20 years, the rate of volunteering among people who never attend church or a civic organization has nearly tripled. Churchgoers and club members still provide the greatest number of volunteers, but those numbers are shrinking.

Share your thoughts. What have you seen within your organization, church, or company regarding family dynamics and isolation?

Join me next time as we look at three more seismic shifts to understand the new breed of volunteer: